Don’t know any particulars, just ran across this on Twitter.

Anyone know what happened to coach Blair? By all accounts things at NF were headed in right direction.

rival hater said:
Anyone know what happened to coach Blair? By all accounts things at NF were headed in right direction.
Click to expand...

The WS Journal is reporting that it was due to some Facebook memes that were political in nature. I hesitate to even type that here because I risk turning this thread into something I’m absolutely tired of at this stage.

They were against a certain candidate, which in Itself isn’t really enough to fire someone.... I wonder if they were inappropriate in some way. 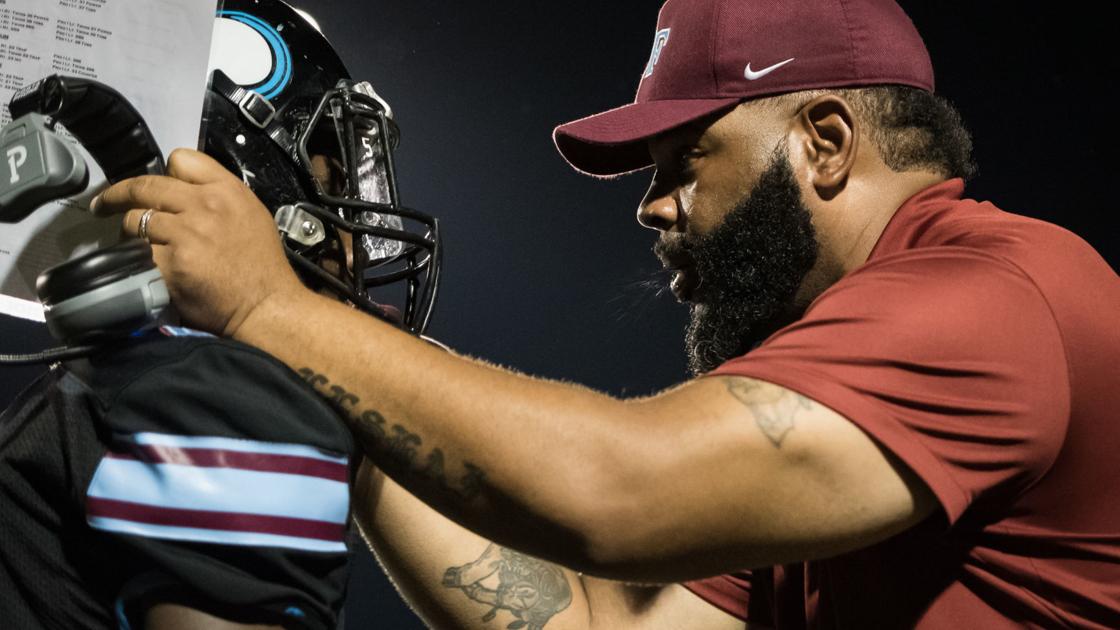 Winston-Salem/Forsyth County Schools made the change three weeks after Blair made Facebook posts about President Donald Trump and COVID-19.

Those articles don't even scratch the surface on the incidents leading up to the last straw. Clearly the AD can't comment due to it being a personnel matter, but if the final straw incidents are true, firing definitely justified. Threatening other football coaches with physical harm definitely is a fireable offense, leaving it at that.
Reactions: Slasher Killer
S

Coaches get reprimanded for things posted on here as well. Freedom of speech doesn't really apply to teachers.
U

Steelers71 said:
Coaches get reprimanded for things posted on here as well. Freedom of speech doesn't really apply to teachers.

Wow. Teachers are huge influence on the youth. This coach should never get another job again. This man seems off his rocker. Post stuff like that in another country, you will be thrown in prison. Guess people don't understand you cant just talk shit about THE PRESIDENT
Click to expand...

Definitely was not reason for firing. Fellow coaches in area said he struck an assistant last season and threatened physical harm to another head coach more recently.
Reactions: UNC91 and Slasher Killer
S

None of this surprises me.. he seemed a little off when I was around him last year. My dad raised me when I was a kid to watch how people act both demeanor and physically wise to judge them before meeting and yeah.. I didn't get a good vibe. He was over arrogant about himself (especially on JV night,) and just was kinda wacky. He didn't really want to socialize any.. complete 180 of McKoy and Hamlin/Scales. His staff minus a guy in the booth were pretty cool though.

The political stuff as it is is stupid (every coach I know or played under told me it's big to ignore it to not rile anyone up,) he shoulda known better than posting it out in the open, but the hitting people stuff? WOW. No decent person let alone coach should act like that. Terrible example for that school and those kids. It's perfectly fine to be upset at stuff but hitting others, no way. Just shows how childish he is and on a power trip he was. He never really got out of being a Pee Wee coach. That's stuff they in those extreme cases.

NF's now back to the wilderness again. They were gonna have a challenge this year anyways regardless due to losing their best defensive players who were seniors.. those seniors they had especially that DE were really good. Their offense was awful last year. They were gonna have to move those JV kids up and force them to play early due to that. Now with him gone they might be too as they only came to NF due to him as he was their pee wee coach.
If they go NF will be in dire straights with #'s issues.

I'll give the interim guy credit he at least is trying to move on and start anew. Time will tell if he can handle the mess there.. it's several years deep and very wide. As much of a nice guy Gilchrist was he let things fall apart very fast.
R